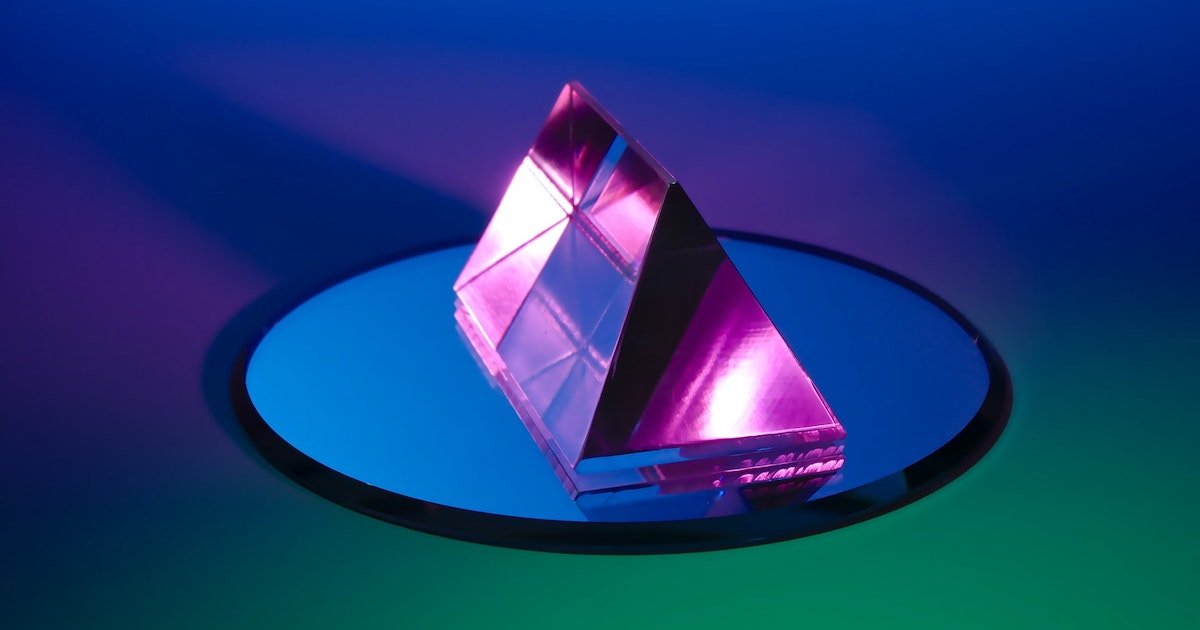 Guides are in-depth exploration of a new age topic. Check out other guides here. To get weekly nuggets on new age trends, sign up for the newsletter.

Quantum is one of those big, impressive-sounding words. That’s why we have quantum internet packages, quantum dishwasher pods and quantum health products. The fervor attached to “quantum” anything can be referred to as quantum woo or quantum mysticism.

But what is “quantum,” exactly?

In Latin, quantum (or plural, quanta) roughly means an “amount of something.” Scientists refer to quantum as the smallest possible unit of anything. For example, photons are also called light quanta, meaning they are the smallest units of light. Consider them the most basic building blocks of the universe.

Since quantum deals with the world of the super small, why do people say “quantum leap” like it’s something huge?

This phenomenon goes by many names like quantum jump and the much less sexy atomic electron transition.

Aaaand trust, it all comes back to the new age world:

The confusing quantum vocabulary and complexity of the quantum theory creates a gap that’s ripe for misappropriation. For mystical – and capitalist – purposes.

Quantum healing is a niche of alternative medicine asserting that quantum phenomena influence health and consciousness. Here are some examples:

The now-defunct QuantumMan sold downloadable miracle cures that “work by unlocking a portal between the remote quantum computer in Switzerland and the [subject’s] brain using whatever device the portal key is opened on: smartphone, tablet, or personal computer.” Here’s the entertaining Ars Technica article and Youtube video covering QuantumMan.

Quantum Speed Reading says right on its homepage that it’s a “is a completely new technique for reading books without looking at the pages.” It’s especially popular in China, where there are training centers teaching kids to flip through pages and magically absorb the material. While common sense is enough to bust the myth of quantum speed reading, experts have also spoken up.

Quantum Healing Codes are a true mind-fuck. These are numbers that claim to “support greater coherence within the resonance of what we want to create in our life.” This Youtube video shows that healing codes can be applied by entering the numbers on your phone and waving them over your body.

And yes, you don’t have to look far to find “quantum fueled” products like glasses, mattresses and jewelry claiming to improve health via “quantum high-frequency energy waves.”

Quantum mystics cherry-pick impressive sounding keywords and string enough of them together to create the impression of trust and efficacy.

Is there any science behind quantum healing?

I searched for the keyword “quantum healing” on PubMed and found zero studies.

This might be because it’s difficult to apply quantum physics to humans. While many aspects of quantum theory stump physicists, quantum healing is largely regarded as unsubstantiated nonsense by the scientific community.

That isn’t to write off quantum healing altogether; it’s just that hucksters of miracle cures have shamelessly abused the quantum label for gain.  It doesn’t help that mega influencers like Deepak Chopra make substantial claims about quantum physics without strong scientific underpinning. His 1989 bestseller Quantum Healing offers advice on how to “defeat cancer, heart disease, and even aging itself.”

Here’s a good take on Chopra’s lack of scientific authority:

[Deepak Chopra] has developed a kind of quantum mysticism in which a pseudo-New Age spirituality finds its credentials in scientific jargon such as ‘human quantum-body essence’, “localised field of energy and information with cybernetic feedback loops”, and “harmonisation of the quantum mechanical body”. He then purports to establish quantum relationships between mind, consciousness, matter and the universe. “Quantum therapies” also offer care protocols based on the body seen as ‘a vibration and energy field’, host to ‘vibrating states’ and ‘bioresonances.

Julien Bobroff of The Conversation

To be fair, there are studies on energy healing, a close cousin to quantum healing. In 2016, a systematic review of 27 studies was conducted involving 3159 participants. While 13 of the energy healing trials generated statistically significant outcomes, the overall conclusion of the study was not strong:

I looked into the full text of the study, and it seems that modalities like reiki and therapeutic / healing touch sometimes reduced pain, stress and anxiety. This is a far cry from the panaceas that quantum mystics sell.

Modalities that (to me) appear closer to quantum healing, like distance healing and spiritual healing, were generally rated to have no medical impact.

The Verdict: Should you Try Quantum Healing?

My most current understanding is that quantum healing is a sham (energy) field full of bogus products and no substantial science.

At best: quantum healing can have subjectively therapeutic effects based on placebo. And even saying that much is a stretch, since quantum healing on its own has no studies and would need to ride off the shawl of its hippie-but-has-a-job-cousin that is the less sensational energy healing. At best, you’ll waste some money with quantum healing.

Quantum healing proponents and marketers do not have a scientific understanding of quantum physics. The truth is that few people, even physicists themselves, can’t fully grasp or agree on quantum theory.

Until scientific advancement brings about practical ways to harness quantum energy for healing, I’d save your money and time and make the quantum leap over quantum healing.

Join The Hippiecritical Newsletter and get weekly coverage on new age trends.