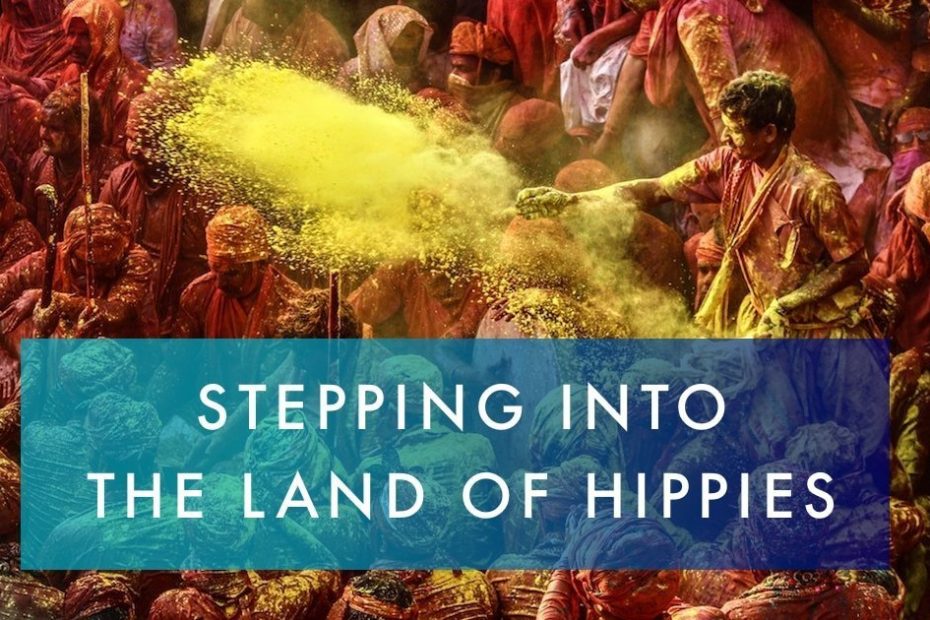 I stared at her as if she was speaking another language.

This was a hippie gathering a friend invited me to. I was definitely the most square one there.

Every time I met someone who started talking about astrology, healing crystals and chakras, I’d roll my eyes and dismiss what they were saying.

In my mind I’d label them in giant rainbow font: HIPPIE!

I was especially uncomfortable when hippies were pushy about their beliefs. They’d talk about cosmic energy and government conspiracies with a confidence that I found ironic. These supposed free spirits claimed to be “spiritual but not religious” but pushed their ideas as if they were religion.

Like other times when I get passionate about a topic, I began a draft titled “Hippiecritical.” It would describe the hypocritical side of hippies. Promoting open-mindedness when they were closed to other forms of thinking, criticizing religions when they were practicing their own.

Ironically, I was the one being extremely judgmental and closed off.

Cracks in the wall

It wasn’t like I didn’t try, or enjoy things I myself considered “hippie.”

I’ve had out-of-world experiences in sound baths and float tanks. I’ve sampled mind-altering substances. And I plan to return to Lightning in a Bottle (“LIB”), my favorite transformational festival, year after year.

It was at LIB that I had the most powerful experience that changed my perception of hippies.

I went to a workshop on kundalini yoga. The guru had us do breathing exercises. In the beginning, I felt silly as fuck hyperventilating to random hand motions.

But I thought “heck, why not give it a shot” and relented. Gradually, I felt an incredible warmth build in my core.

I heeded the guru’s advice to direct that energy to the top of the head and open my third eye. Having no idea what that meant, I imagined my brain as an antenna collecting spiritual energy from the sky.

Then, an intense buzz that I could only describe as the most powerful non-sexual orgasm took over me.

This is crazy. Maybe there IS something to this hippie stuff…

The experience lasted several minutes and left a deep and profound impression on me, which I’ll expound on at another time.

It was as if all my previous mystical experiences made cracks in my defenses, and this was the final blow that opened the hippie floodgates.

A good thing came out of Trump’s 2016 presidential win. America woke up to how divided it was as a nation.

City dwellers don’t know the lives of rural America, liberals and conservatives demonize each other, and I definitely don’t know what’s going on in the Bible Belt.

I wrote Binary vs Spectrum Thinking and We are value projection machines as a reaction to the polarization in society I was seeing.

When I revisited that dusty draft of Hippiecritical, it hit me like a ton of bricks that I was the hypocrite.

I pre-judged concepts like chakras, energy, and vibration without any research. I thought of myself as open-minded and curious, but didn’t realize how closed off I was to “hippie” ideas and practices until I experienced them for myself.

This made me wonder what else I’ve been closed off to.

My modus operandi for solving problems is to make lists. So I made a big ass list of every topic I found to be “hippie.”

I wondered how I’d go about researching, sharing and experimenting with each of these topics.

Don’t knock it till you try it, right?

One of the things that bring me unique pleasure is sharing knowledge with other people, and getting feedback like you changed my mind on that topic or I’ve never thought of it like that before.

If I’m so judgmental about these so called hippie topics, how many other people are? Who else might benefit from skeptical-but-open conversations with healers, alternative practitioners and hippies?

This means actually looking into each topic instead of pre-judging something I know nothing about. This means having conversations with practitioners, reading books, and trying out workshops myself. This also means approaching each topic with a beginner’s mind and healthy dose of skepticism.