Trying something different for this newsletter - I'm going to cover all the fascinating angles of mushrooms, and not just the psychedelic kind.

Welcome to your weekly dose of weird, where I share new age trends and dig up gems from the counter culture. You can sign up for the newsletter or find previous editions here.

Tell me when you put out new (age) content:

Mushrooms have been trending AF. Retailers are marketing the shit out of shrooms to the tune of a $50 billion industry. I myself love mushrooms (grilled portobello, anyone?) and have been exploring shroom-based products like Four Sigmatic’s mushroom coffee mixes.

There’s so mushroom to talk about here (sorry, had to). With thousands of species and seemingly endless developments in the mushroom world, I’m going to make like mycelium and spread out in different directions for this newsletter. 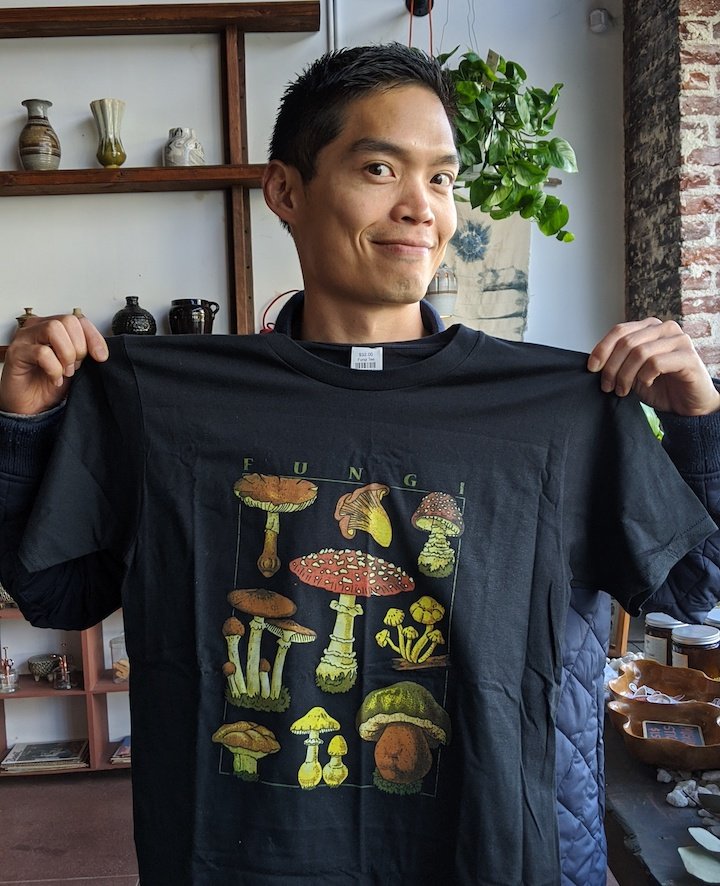 A bit of background on mushrooms

Because I’m a fun guy, I had to educate myself on what mushrooms are in the first place. Fungi is the whole organism, mycelium are the roots and mushrooms are the “fruiting body” of the fungi.

I relearned some 5th grade science: mushrooms belong to the Kingdom Fungi, one of the six kingdoms of life.  This whole kingdom bit led me to a bigger revelation – mushrooms are not plants, which belong to Kingdom Plantae.

I just always thought they were because I considered them veggies. If you’re not trippin’ out yet, just wait.

Mushrooms are known as toadstool, which originates from German fairy tales depicting toads sitting on mushrooms and catching flies that are attracted to the mushroom.

And so it makes sense that Toad from Mario is a mushroom. 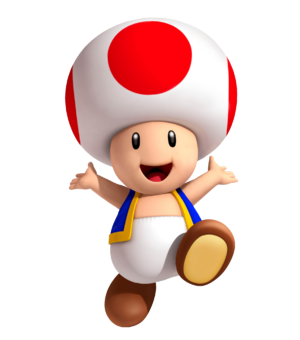 How similar are we to mushrooms?

Mushrooms have heads, gills for breathing and an intelligence of their own. Even so, it might sound like a far stretch to say that they’re similar to we humans. Or is it?

Animals and fungi have a common ancestor and branched away from plants about 1.1 billion years ago, making mushrooms more closely related to humans than plants. According to Science ABC, this common ancestor was likely “a single-celled organism that characteristics like an animal and then a later stage with a stronger cell wall (fungi).”

In a past newsletter, I covered that we are made of stardust, so maybe what we share with mushrooms isn’t so special.

More interesting – what if humanity owed its first sparks of consciousness to magic mushrooms?

In 1992, botanist Terence McKenna hypothesized that magic mushrooms kickstarted the evolution of our ancestors’ cognition, bringing us “out of the animal mind and into the world of articulated speech and imagination.” In short, the Stoned Ape Theory posits that we “ ate our way to higher consciousness,” and that psilocybin mushrooms helped us make the leap from homo erectus to homo sapiens.

Watch this fascinating explainer video of the Stoned Ape Theory.

This article by Inverse covers both sides of the theory, including why McKenna’s claims are still unsubstantiated. Michael Pollan on Rogan’s podcast: “if you pressed Terrence McKenna, he [himself] didn’t find [the Stone Aped Theory] entirely persuasive.”

We still don’t know how humans made that leap into homo sapiens, and the Stoned Ape Theory has recently been revived by Paul Stamets for reconsideration.

Other animals obsessed with mushrooms

Speaking of apes…it’s not just humans that are obsessed with psychedelics.

Deer, moose and caribou are known to consume fly agaric, a psychedelic mushroom that makes them behave abnormally, like “aimless running, head-twitching, and noise-making.” Coyotes, pet ducks and dogs seem to seek out mushrooms in the wild.

There’s another theory proposing that just like humans, animals take “psychedelics because they are stuck in…programmed behavioral loops” and want to get out of their mental ruts.

Here’s a fun rundown of psychedelic-seeking behavior in the animal kingdom.

Why are mushrooms so popular now?

Though mushrooms have been used as health foods since ancient times, the Western world only began to embrace mushrooms after being popularized by 19th century French haute (“high”) cuisine.

Before that time, the Eastern world hadmycophilia (love of mushrooms) while the West had mycophobia (fear of mushrooms). And yes, some people are legit scared of mushrooms.

My hypothesis is that the mushrooming popularity is largely driven by these trends:

The American Mushroom Institute reported that domestic mushroom demand and production are at an all time high. The billion-dollar alternative meats industry is a rising tide that lifts all ships, including meat-like alternatives.

Personally, I find that mushrooms are “meatier” in texture and one of the most filling vegetarian foods. When I went vegetarian for a month, I relied heavily on mushrooms.

Entire volumes can be written about mushrooms. I’m just going to share some fun mushroom facts to cap off this topic:

Enjoyed this newsletter? I’d love it if you shared The Hippiecritical Newsletter with your twin flames, cult members and star crossed ex-lovers.

If you’re new, get your weekly dose of weird by subscribing below:

Enjoyed this newsletter? I’d love it if you shared The Hippiecritical Newsletter with your twin flames, cult members and star crossed ex-lovers.